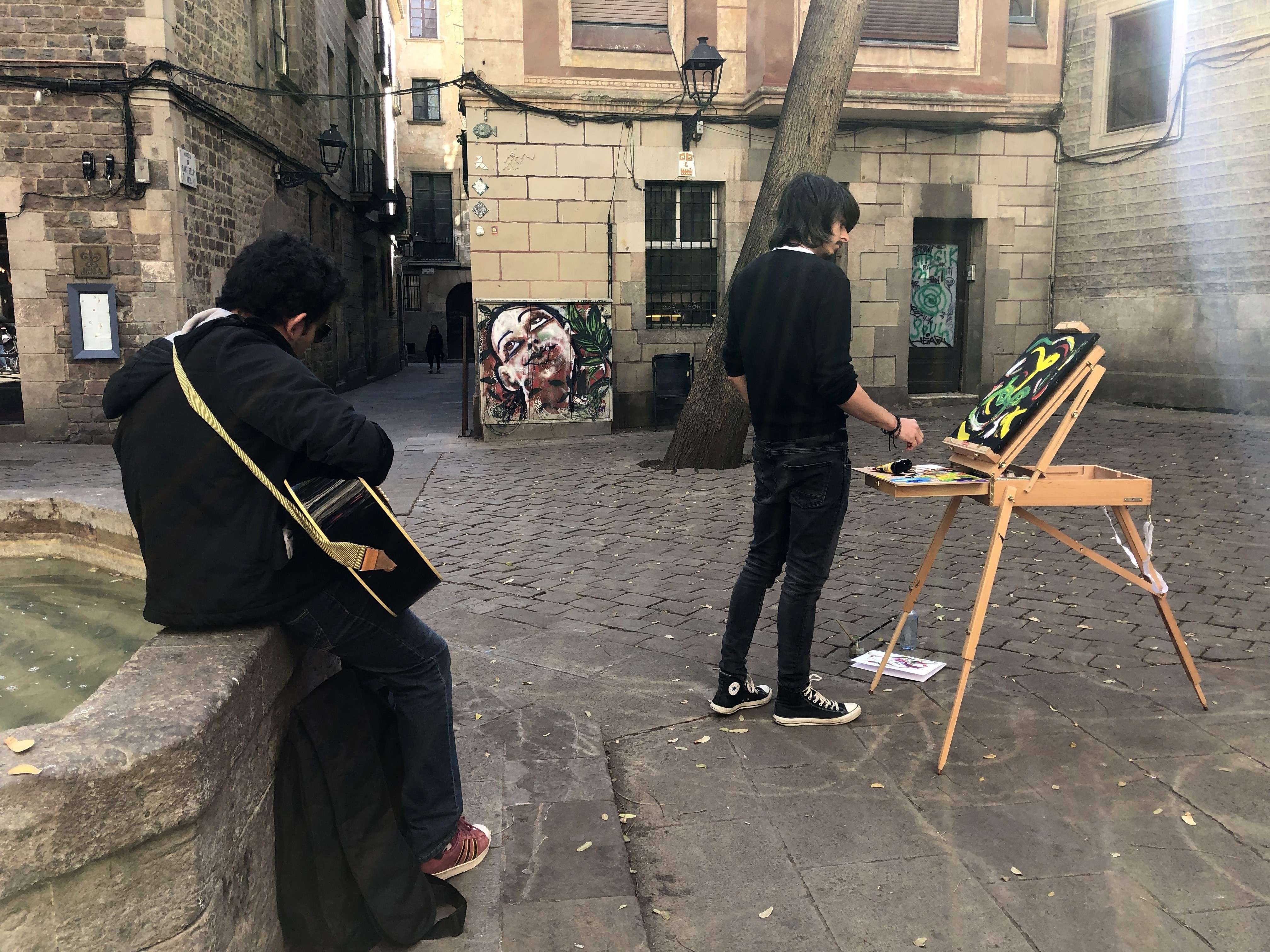 Posted at 09:00h in Art, Autobiography, Philosophy by Miroslavo 0 Comments

Another one of my public performances. This time I invited my musician friend JuanPa with whom we set out to Plaça de Sant Felip Neri, a place full of history and peculiarity. And everything was captured by my wonderful partner, Gaby, to whom we can thank for the photography and moral support. 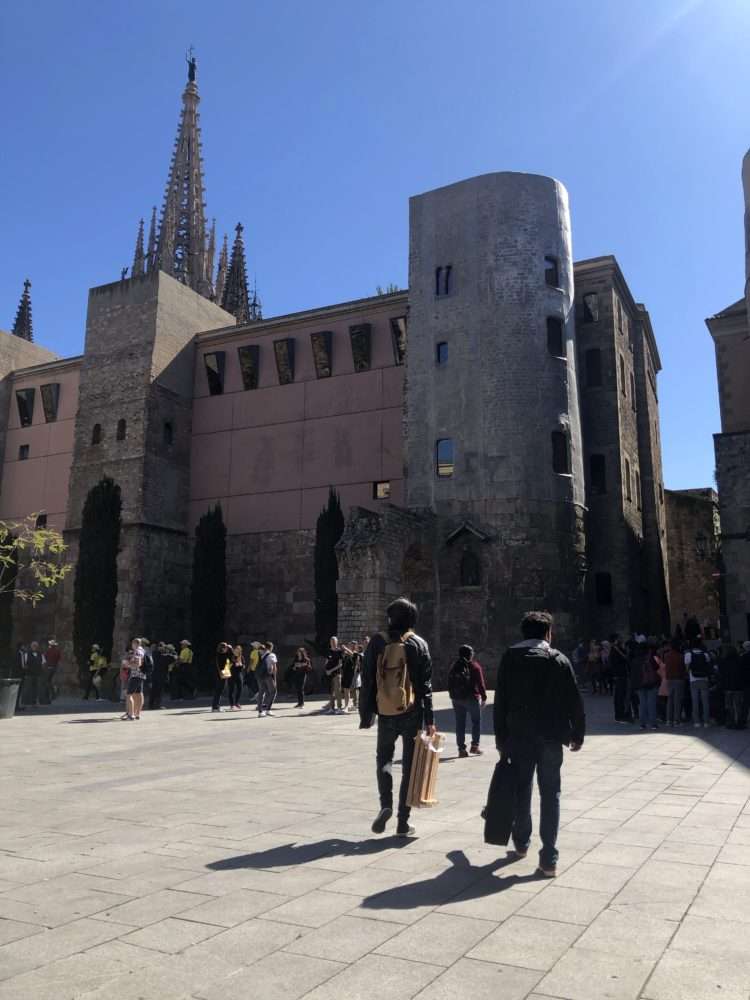 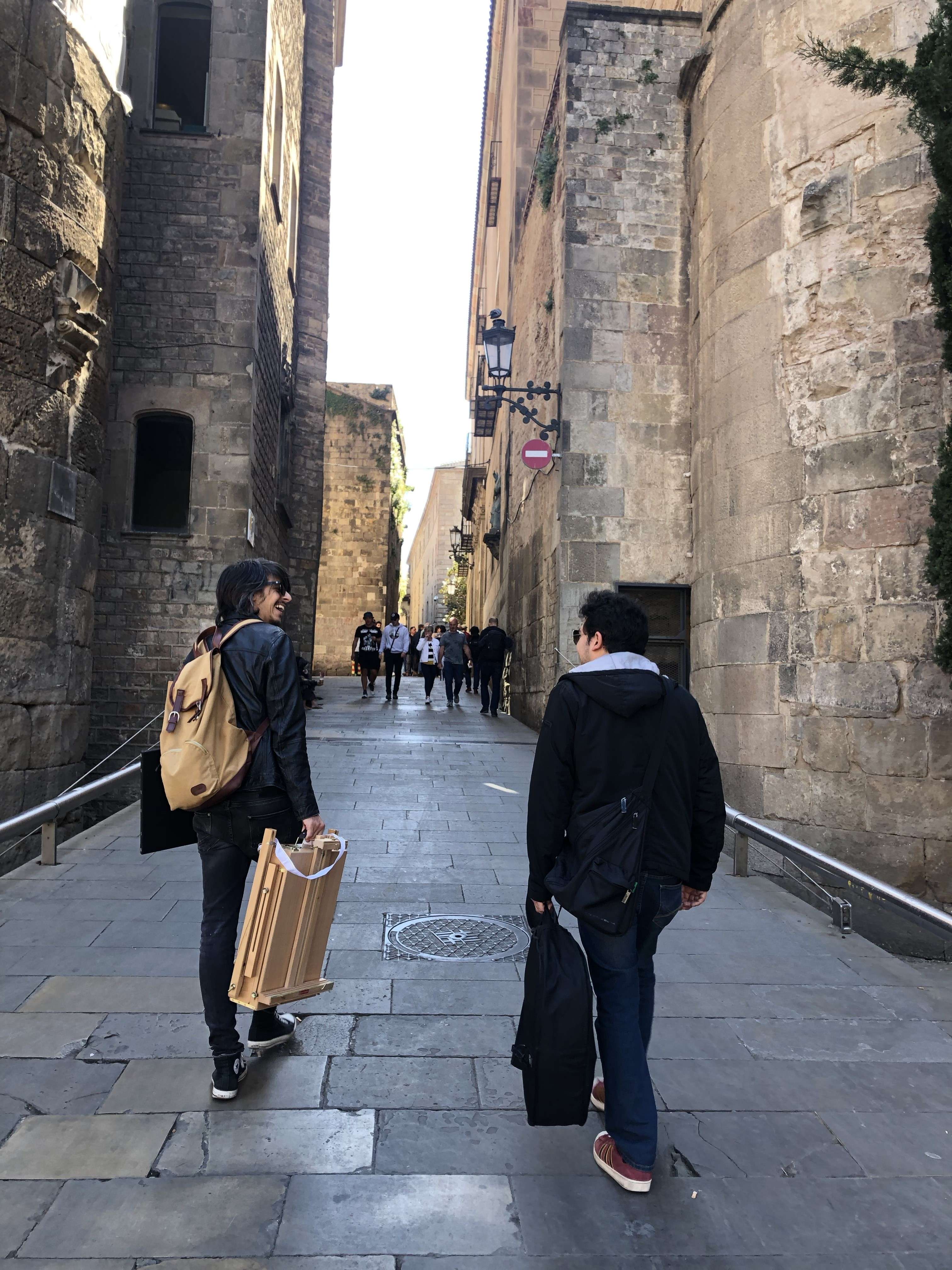 Plaça de Sant Felip Neri is located in the Gothic Area of Barcelona. It’s named after the church which presides over the square. To the right of the church is the School of Sant Felip Neri, which uses the plaça as a playground.

In the middle of the square is an octagonal water fountain, created as a symbol of life, even though nothing else shows us that better than the two 14m-high south American trees called Rosewoods also known as Tipuana tipu. 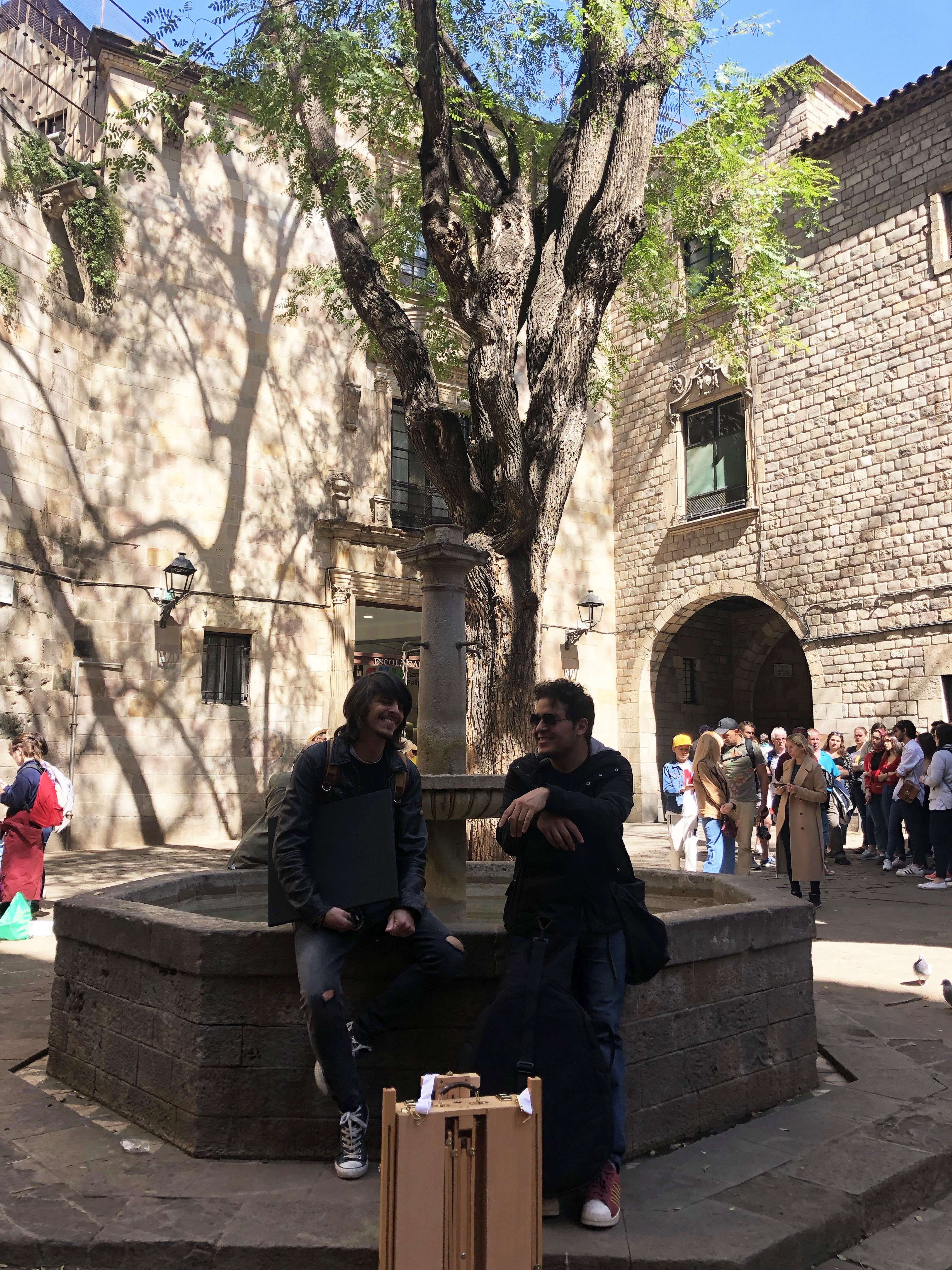 You see, this place has a dark history. In 1938, during the Spanish Civil War, Francesco Franco laid siege to Barcelona and two of his bombs were dropped on the church located on this plaça (square), killing 42 people, most of them being children from the School of Sant Felip Neri.

The trees along with the fountain I mentioned earlier, were actually planted at the spot of the ruins from the bombings converting the square into a new peaceful, silent, poetical and historically respectful place.

So it seemed like the perfect spot to bring our free spirits to and create something emotionally and spiritually charged, giving our own respect to history. I dressed in black and brought a black canvas with me which seemed appropriate for the occasion and place. 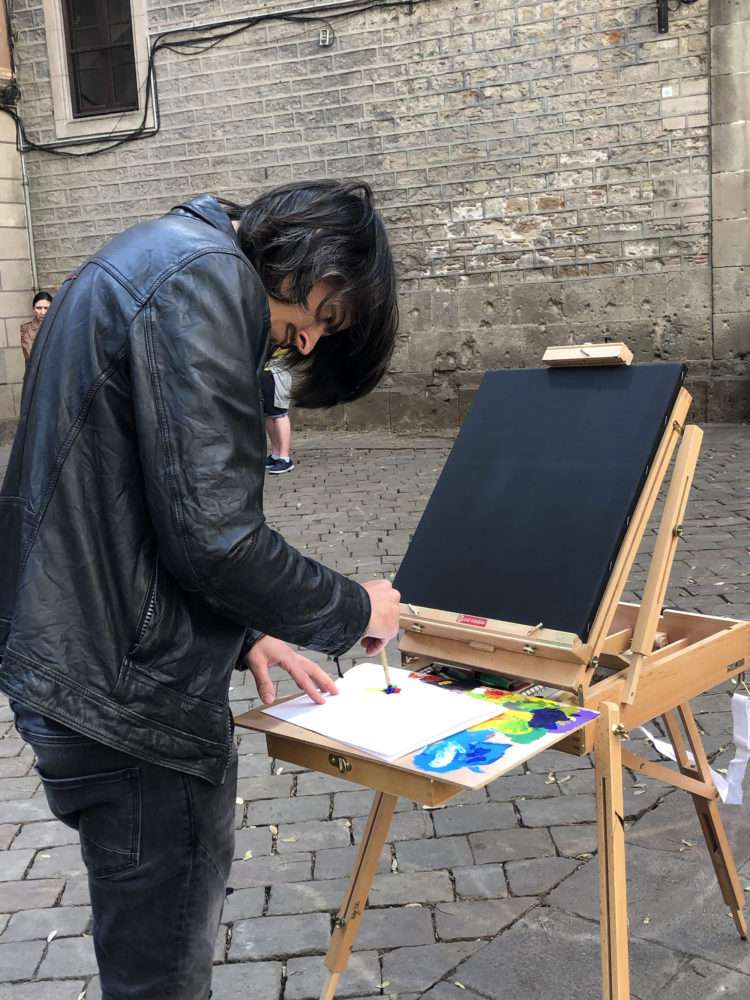 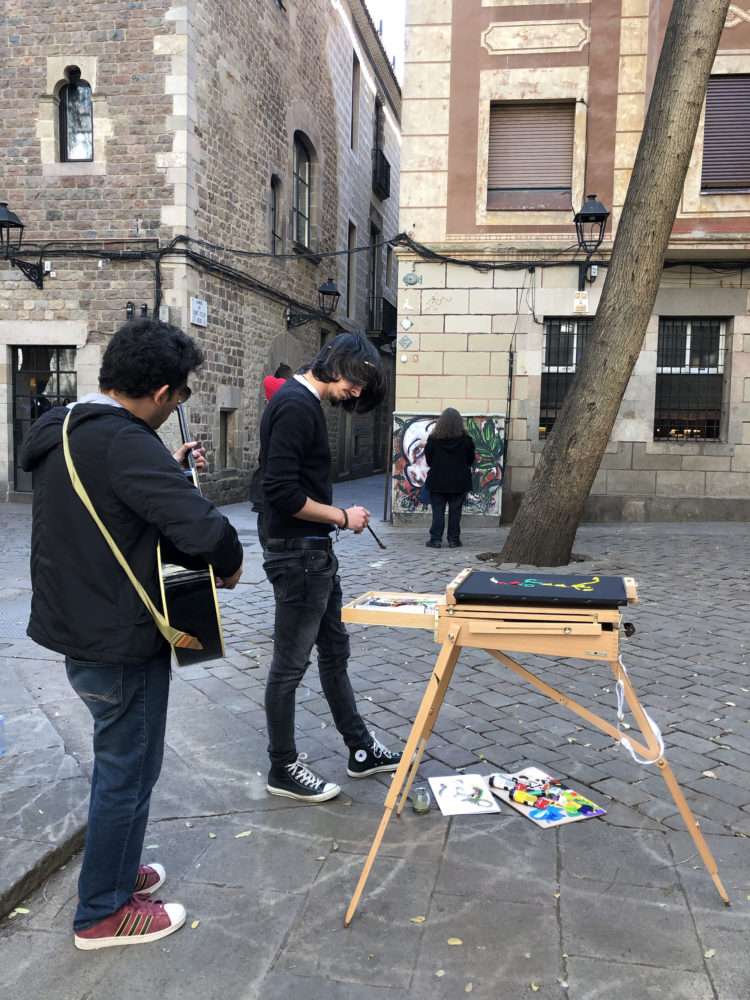 Combining music and art seemed like an original way to bring a contemporary feel, freedom and peace there. Well…it turned out in ways I couldn’t have even imagined.

I had in mind this symbol that has been passing through my head for some time and I had been drawing it everywhere I could, so naturally I decided to lay it down on canvas. I chose this occasion for it.  I thought I will paint the symbol and that’s it. Oh, boy was I wrong.

After creating the main symbol, I continued and suddenly, I got surrounded by a few kids from the same local school I mentioned earlier. At first, one or two came by, but then more started appearing, eventually creating a pack.

The kids were interested and curious, asking various questions like what my painting means etc. So I thought I will include them in the creation. I told them to write down on a piece of paper the first thing that comes to their mind when they look at the painting. I did the same for my partners in crime. And I took what they had all written and simply placed it on the paint, carefully choosing the location for every piece, of course, making it part of the creation.

So we didn’t just employ painting, music or ourselves, but also poetry, singing, photography and used the surroundings, history, works of nature (few leafs landed on the canvas and helped to form the painting), people and the power of the moment to create something quite unique. It was incredible. We were all creating a work of art. This is something you don’t experience every day and it had become a memorable event for everyone. 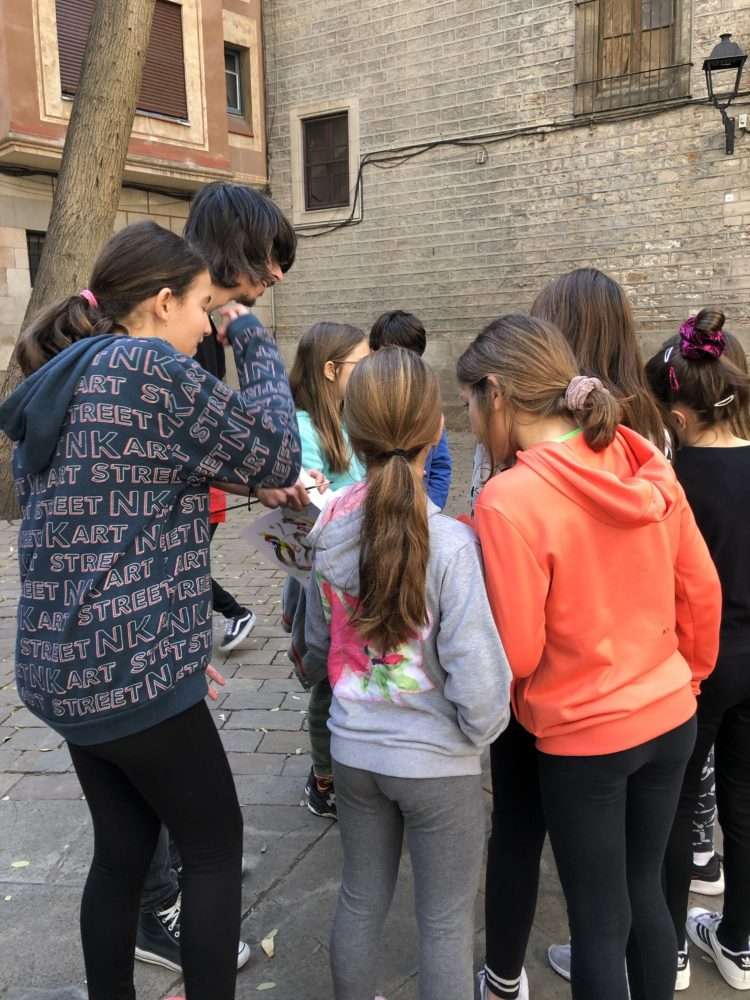 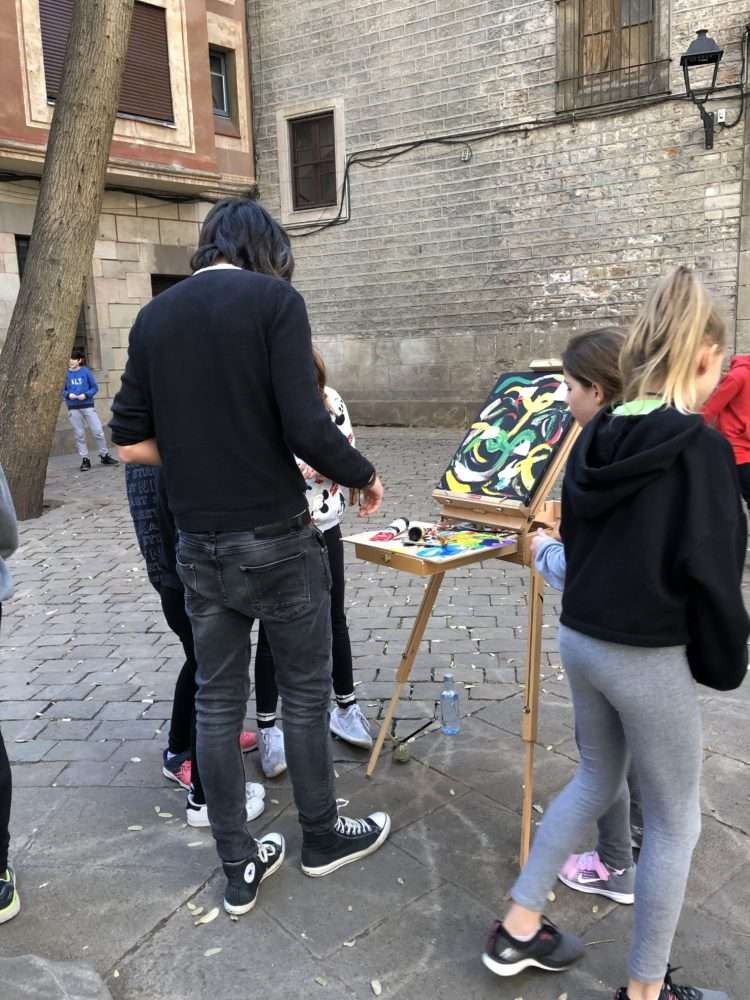 Of course, like last time, I had to bring the easel as well as the painting all the way home, which was quite challenging, since a few leafs landed on the canvas. They also wanted a piece of the action. But well, in the end, the pieces of paper and the leafs all did their part and we made it home safe and sound. 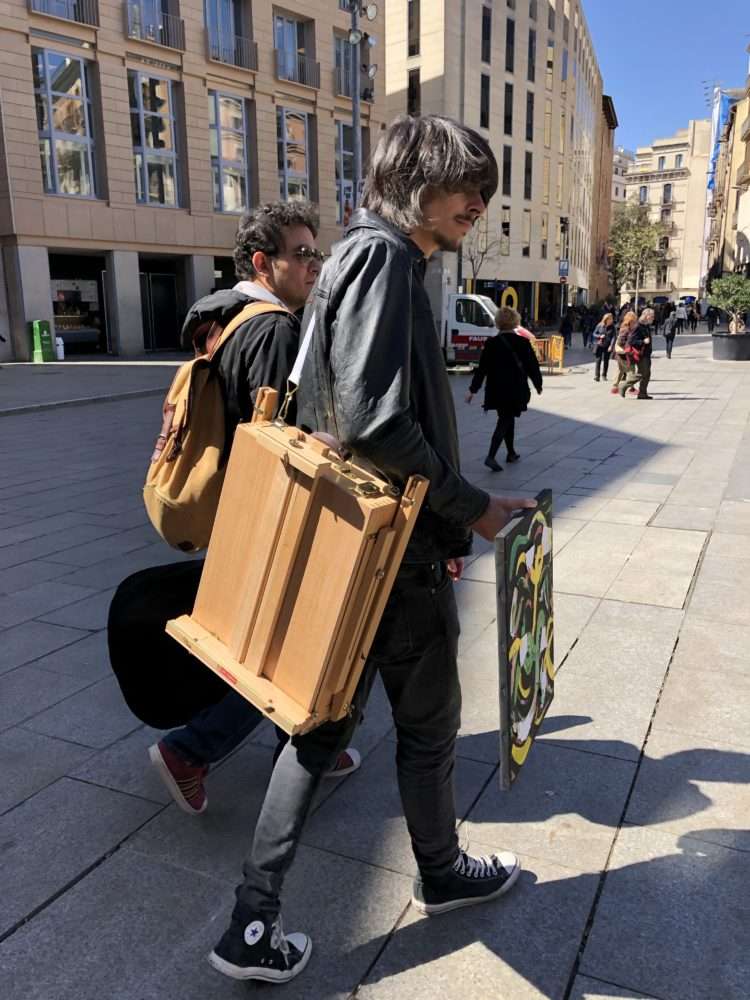 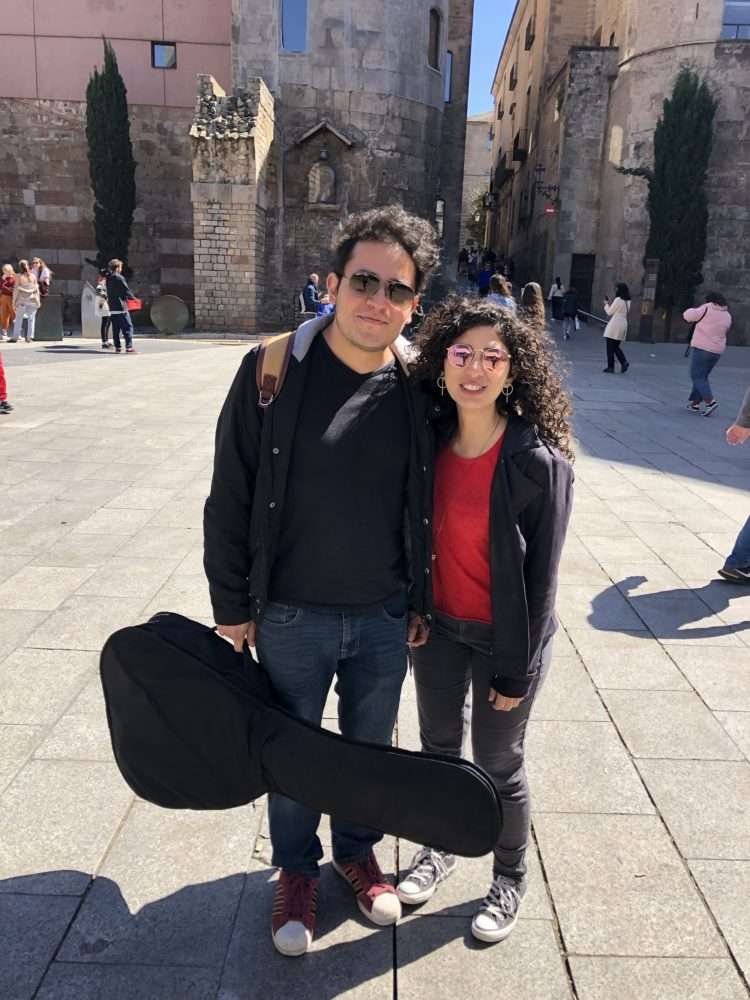 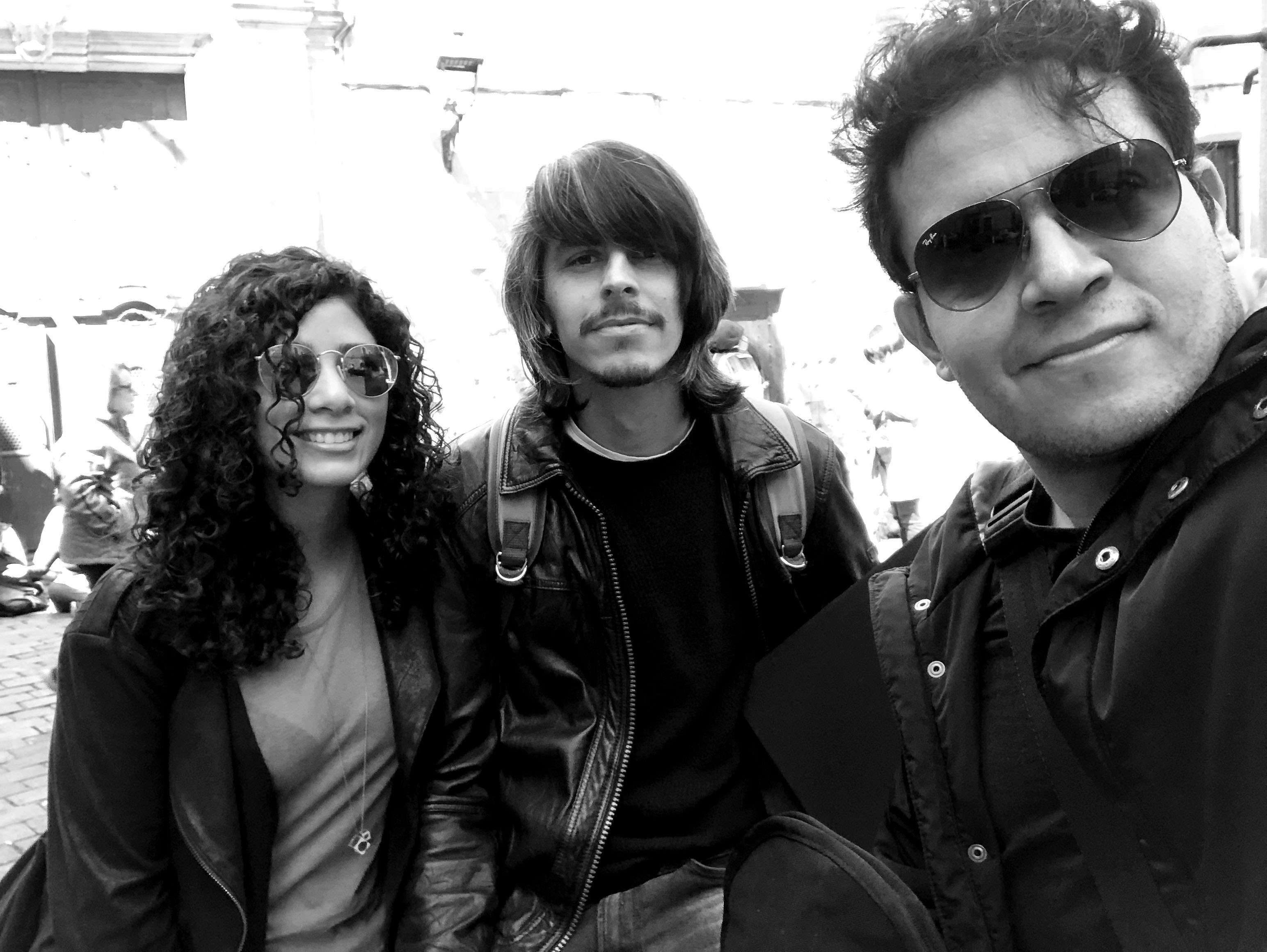 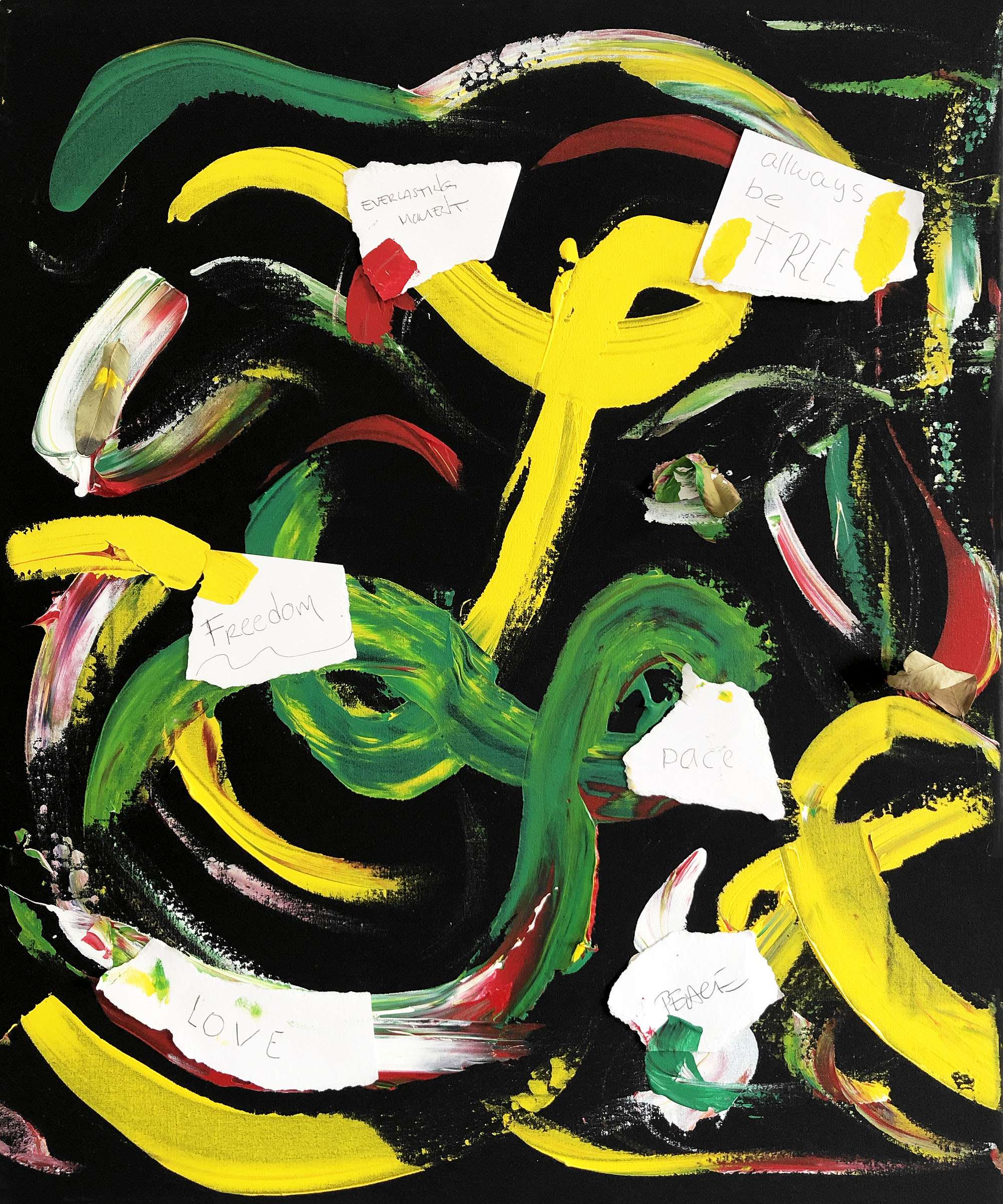