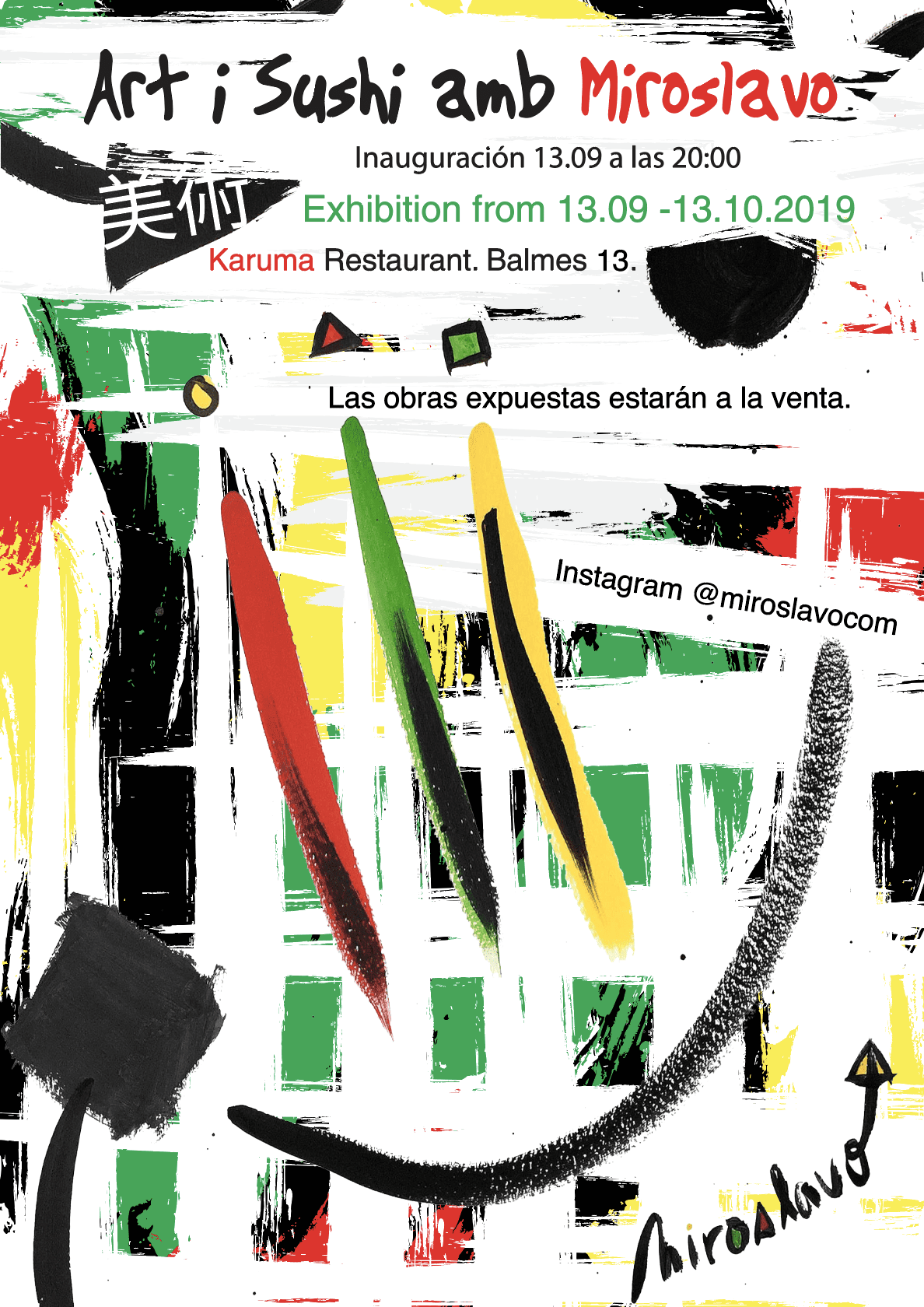 11 Sep Miroslavo is Hitting Barcelona With His Artwork.

Posted at 15:41h in Art, News by Miroslav Stibůrek 0 Comments

It’s been only a few weeks since his last exhibition finished and another one is starting. We will be seeing Miroslavo’s work again at the start of September, this time in the heart of Barcelona, near Plaza Catalunya, in a Japanese restaurant called Karuma that recently opened on Balmes, the busiest street in the city. Miroslavo will be exposing his first collection.

Overall, it’s a very exciting time for him as he gets to see his work in different spaces and locations around the city.