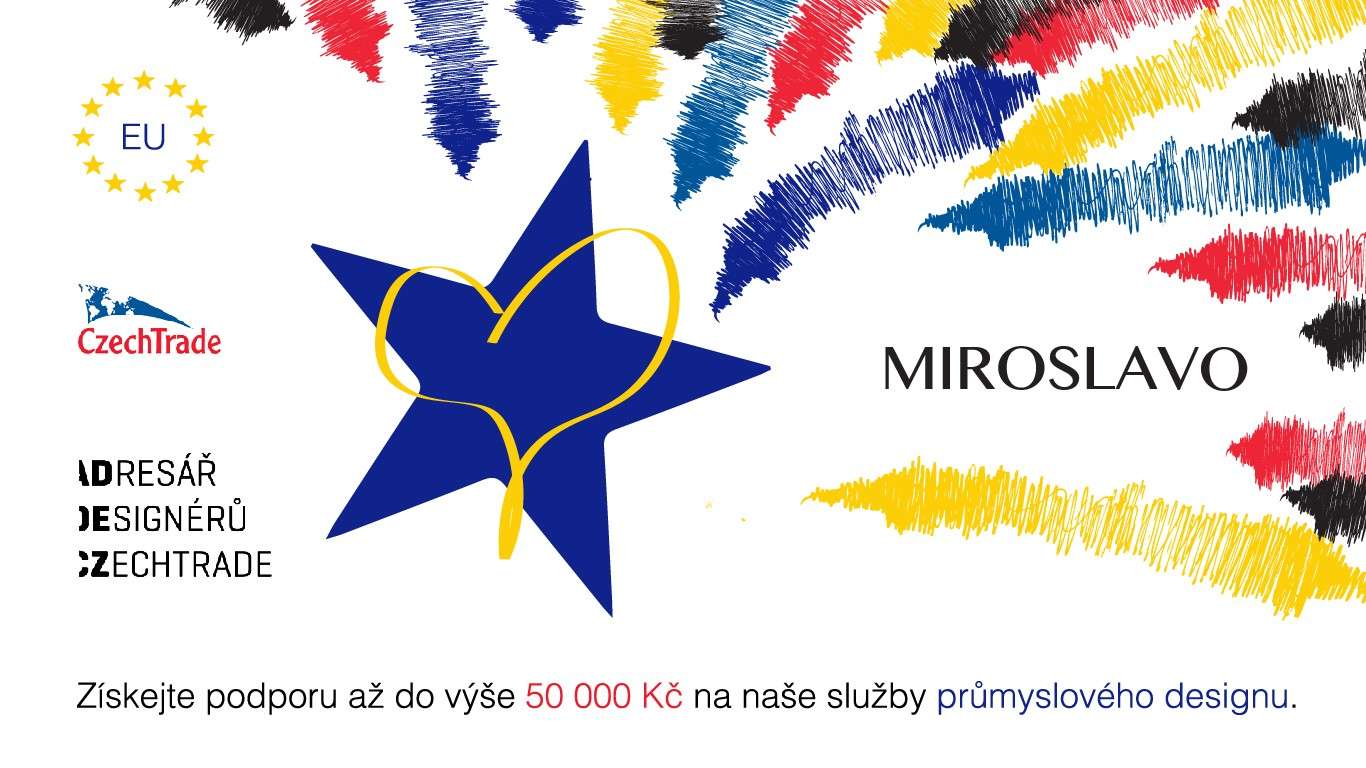 28 May Receive funding on my industrial design services

Posted at 13:05h in Business, Design, News by Miroslavo 0 Comments

Miroslav was included in the designers’ database of the state agency CzechTrade, which connects companies with professional designers from the Czech Republic and EU member states.

The database is being promoted in 48 countries.

CzechTrade is a national pro-export organization established by the Ministry of Industry and Trade with the aim of developing international trade and mutual cooperation between Czech and foreign entities.

CzechTrade now offers financial support within the EU Design for Competitiveness program of up to CZK 50,000 for our industrial and product design services.

All companies that either have headquarters in Czechia or own a Czech branch can participate.

“I appreciate being included in the CzechTrade designers database. I take it as a reward for the effort I have put into my first commercial realization, which was launched in 35 countries in September. 2018 by a leading Czech manufacturer of shading technology. But also a professional designer.

Another positive thing is that industrial design is supported by CzechTrade and the European Union. Companies have a chance to receive some form of support for our industrial and product design services. ” – Miroslav Stiburek.